Voicemapping was first used in World War II, then grew into a serious science by 1962, particularly in security and criminal forensics. Google it – you’ll discover medical, institutional, and business acceptance that a voiceprint is “almost” as unique and individual as your fingerprint. Today, most limitations are in older equipment and with under-trained data harvesters.
The main premise of biofeedback therapy is that the body is electrical in nature, that it is innately intelligent, and it has the ability to heal itself, if and when the appropriate conditions or stimuli are provided. This is accomplished by balancing your brainwave frequencies. Our software precisely translates your unique voicemap information to be fed back during your voice printing process. 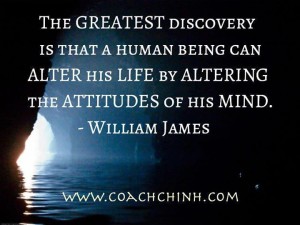 Our Genetic Voiceprints do employ the latest technologies, and we continue to upgrade the software and components to extract the maximum harmonic details in your own voiceprint. However, we offer no forensic services; our sole Mission is in therapeutic and sustained healing applications. We specialize in combining certain bio-feedback principles to produce a voiceprint  that will effectively use your own voice to re-program your own brain. Brain science is calling this field of study and treatment epigenetics.

Alfred Tomatis, one of the early pioneers in this field, began studying the effect of sounds on our state of mind. Playing the right frequencies seemed to energize the body. He also worked on missing frequencies; those an individual was not hearing. One of his fascinating discoveries was that if a frequency was un-recordable by the ear, then it was absent from the voice. He concluded that we can only sing or speak frequencies that we can hear.

He was able to produce dramatic changes in the way an individual used his or her voice by “training” their ear with his invention called the “electronic ear”. This became possible in the late part of the 20th century, when sophisticated hi-fi equipment became available that was capable of making important necessary distinctions in sound. But while he was doing this, Tomatis noticed something sensational: people personalities were changing right before his eyes. The effect of sounds was so fundamental that it impacted on their deepest psyche.

Robert Monroe has helped others make huge transformations in consciousness, using sound technology called “Hemi-Sync®”. In its simplest terms, this is a method of using stereo headphones to play differing frequencies to opposite sides of the brain. This induces unusual states of mental coherence, with beneficial results ranging from greater relaxation and better sleep.

Sharry Edwards , who was named Scientist of the Year in 2001 for her work in BioAcoustic Biology, is perhaps the best-known individual whom has recognized the power of the voice in healing and transformation. She has developed different systems for creating health change through providing missing frequencies and modulating the voice. She is also a featured speaker in the upcoming movie, “The Business of Disease”. Watch this movie trailer at the bottom of our “How Does It Work?” page.

Calvin Young is a top aerospace engineer who used his NASA experience to develop the original multi-sensory VoCal 360 chair.